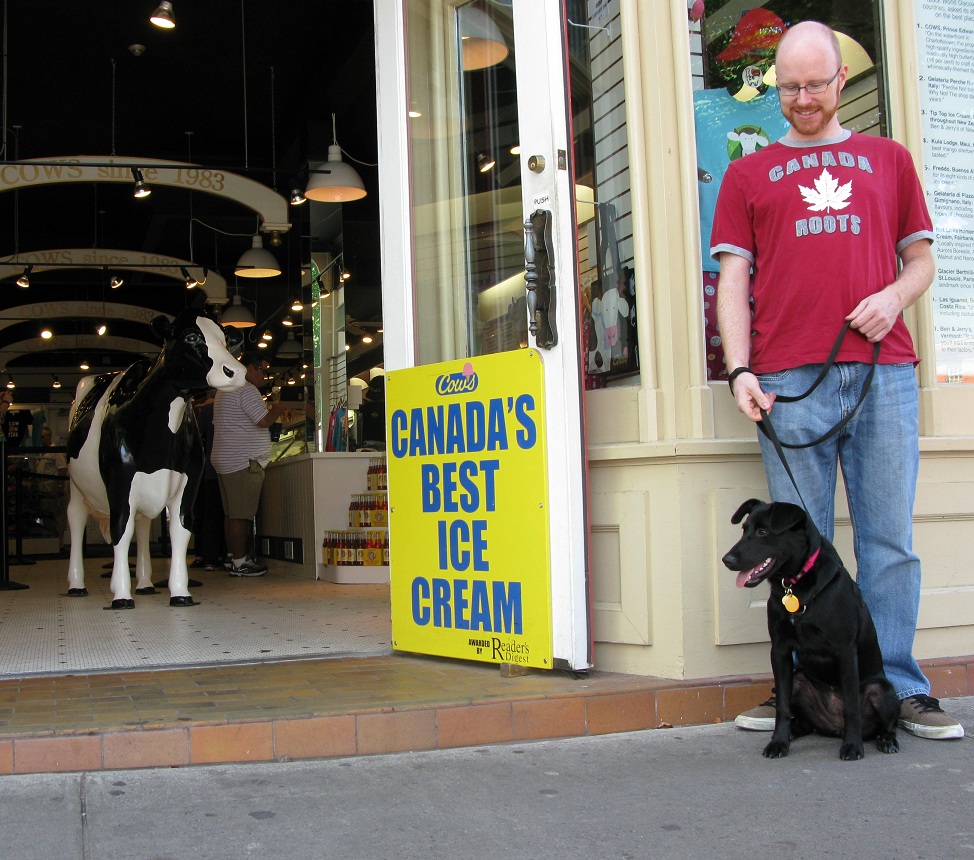 Ice creams typically have a 10% to 16% fat content, whereas gelato usually has a 3% to 8% fat content. This is because ice cream is cream based and gelato is milk based. The main flavour in gelato is not the fat that coats the palette, so a strawberry gelato will taste more like strawberries than a strawberry ice cream, for example.
Also, the weight per volume of gelato is higher than that of ice cream because gelato is churned at a slower speed than ice cream, making it more dense with less air whipped into the mixture. Most gelato is about 25% to 30% air, while ice cream can contain as much as 50% air.
Lastly, ice cream is served frozen and gelato is served warmer so it’s softer and melts faster.